How Green River Marathon Got Me Out of My Funk 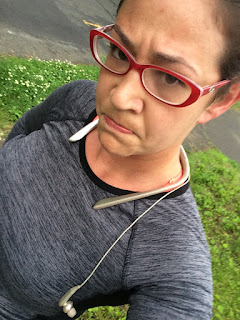 Cranky. Anti social. Unmotivated. In other words: In A Funk! It happens to the best of us, and it's how I've felt for a while now. All the activities I love doing have recently felt like a burden, another thing I have to do. And that's not me. So I knew I had to do something drastic to get rid of this funk once and for all. But I didn't know what could possibly help!

Early this year, I raved about Green River Marathon to anyone who would listen. I had run it last year and loved every minute of it. The course was so beautiful; I wanted to run it again! I convinced some friends that Green River was the perfect first marathon because the course descends 1,450 feet to the finish line. I had shaved an hour off my marathon time! So, my friends signed up, and I promised to follow suit. But when I went to register, it was sold out!

Fast-forward to a couple months.

My friends kept me in the loop of their training. They sent texts like "16 mile long run this morning. Feet don't fail me now" and then a few hours later "Mission accomplished!" It felt good to know that I had inspired people to run their first marathon and that they thought of me as they increased their mileage. Every time I run long distance, I still think of the first people who inspired me to run my first marathon. And I'm forever grateful to them. I was happy to pay that inspiration forward. Though, I myself, was beginning to slide into a terrible funk.

Fast-forward to a couple more months.

One of my friends training for Green River for his first marathon got injured. A stress fracture. Doctor's orders: No running. He was devastated. And I'll admit I felt guilty that I was the one who convinced him to sign up. I wondered: Why the hell do we do this to ourselves? Which added to my frustration, which added to my feeling overwhelmed, which added to my lack of motivation.

This funk wasn't going away. I noticed that running on my own (which I love so much) totally sucked. I couldn't even get pumped up when I ran with my boyfriend, who is beyond excited to be training for his first marathon—in Greece! Despite all my smiling selfies, my joy for running got lost somewhere on the road. I had entered the danger zone of rutsville, but I couldn't explain why. I needed to take action. But how?

Fast-forward to one week before Green River Marathon.

My injured friend? He messaged me a few days before the race telling me he was out of his boot. He was healing just fine and felt excited that he could start running again soon. He said he was still going to Green River to cheer everyone on! He asked if he would see me there. I was so happy to hear he was recovering well and was in good spirits. But I had never gone to a race as a spectator before.

This funk of mine made every excuse in the book as to why sleeping in was the better option. But his text reminded me that many of my friends were running Green River, including Ruthie—who I convinced to run her first marathon. Then I remembered that some running friends had surprised me at the Green River finish line last year. It was the best feeling ever to see people I loved and admired cheering me on at my finish!

So I found myself texting back before I could talk myself out of it: "YES!" I wrote. "I'll be there!"

My running friends and I set up chairs at the finish line with a bunch of other spectators and watched with anticipation as
the clock ticked away. I met mothers, fathers, children, siblings, romantic partners, and extended families of the racers. I met runners who were injured, runners who had run last year, runners who didn't get in this year, and runners simply there to cheer on friends. I was surprised to feel a similar excited energy among fellow spectators that I had felt amidst fellow racers at starting lines.

When the first three male runners crossed the finish line, the excitement skyrocketed. Cheers and noise-makers and hand-claps erupted in a cacophony of congratulations. And then the crowd buzzed with anticipation for the first female. After a while, I said, "Did we miss her?" Murmurs broke out, "Where could she be?" and "It should be any moment now!" Someone pointed and shouted, "There she is!" We all craned our necks and pointed our cameras. As I looked through my phone's screen as it recorded, I realized I knew that face. "Ruthie....First! She's first! That's my girl!" I shouted so loud, I lost my voice for a bit.

The hours ticked by as I continued to cheer on multiple friends over the finish line! Before I knew it, the last of my friends came through, and I was eating and drinking and listening to all their stories about their experience on the course. Their bodies shook with excitement....and okay, maybe a little fatigue...their faces beamed with pure joy, and their eyes misted up with pride for their accomplishment. My own heart swelled with pride, joy, and inspiration. 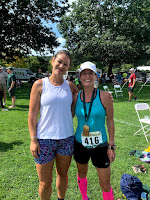 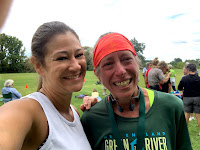 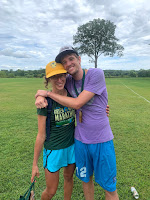 As I packed up my lawn chair to head out, I left my funk on the sidelines. Good riddance!

Once I got home, I texted my boyfriend. "We're adding speedwork into our marathon training! Monday night we're going to the track. Be prepared to work hard!"

Being a spectator is exactly what I needed to get out of this funk. Thank you to everyone for keeping me inspired and for all your support in my own running endeavors! I left Green River feeling so much love for my running community. You remind me why I run.

Congratulations to all the Green River Marathon finishers. 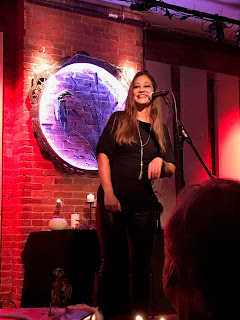